May 25, 2013
For a poor swimmer like me, the big waves of Dahican, Mati Oriental sound and look furious. Ironically, every time I visit the place, I enjoy the fright. I feel that the tiny voice mocking the weakling in me is the same voice that dares me to stand on a surfboard. In the future. At least once before I die.

My silent struggle for bravery is why I give the Amihan Surf and Skim Team two thumbs up. It's exciting to see a sharp-eyed skimboarder observing the sea, running towards the perfect wave, and gliding with it as it breaks. It's incredible to watch a pro surfer teaching a newbie how to paddle, stand and balance on a surfboard. Plus, most of them have six-pack abs.
The group shows me... 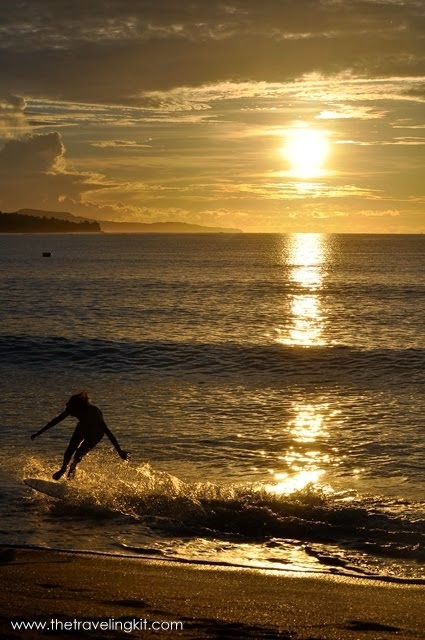 how beautiful our bodies can be, 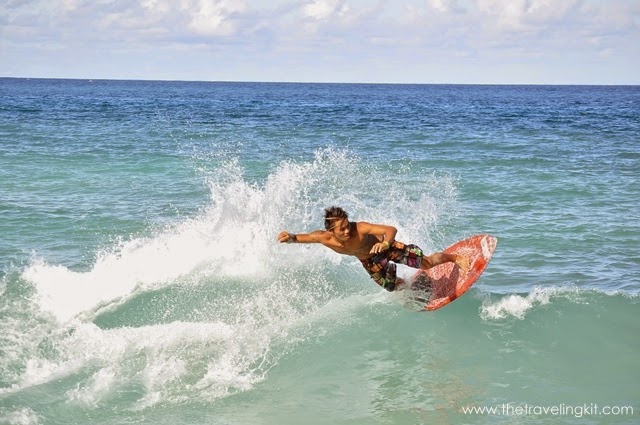 that water, wind, and man make a great combination, 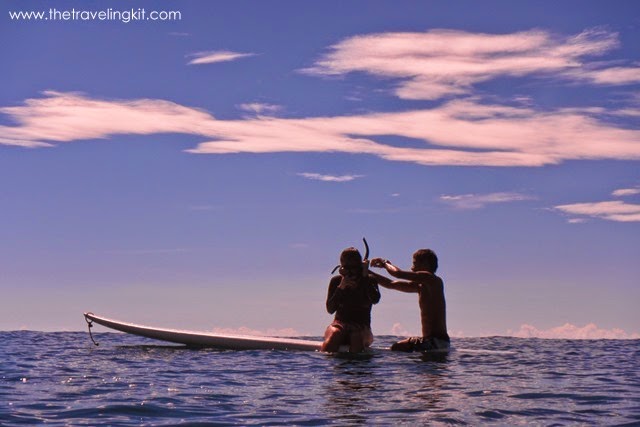 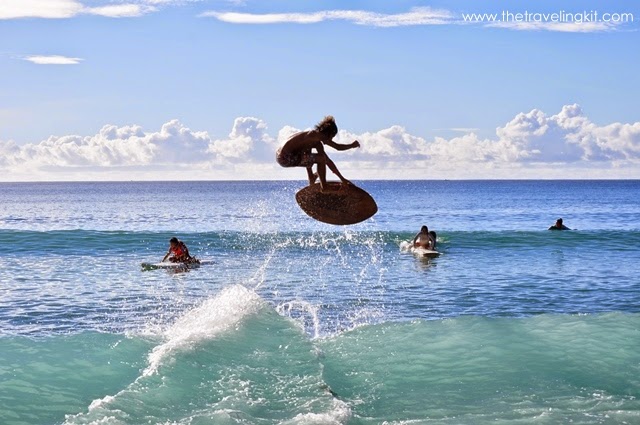 and I can never outshine a skimboarder's jump shot.

I, fortunately, got acquainted with the Amihan Surf and Skim Team because of Jen, a friend who frequents the seven-kilometer Dahican beach. She introduced us to the team, and we got the opportunity to talk to them. I have deep respect for the team's coach, George "Kuya Jun" Plaza, for having instilled the values of teamwork, humility, and customer service among the boys for the past nine years. He's like a real father to them, always looking after the welfare of the kids and never hitting the hay when one isn't back in their quarters yet.

Despite their limited resources, Kuya Jun grooms them to become self-made people through the value of discipline. All team members have their respective tasks – from cooking to collecting tent pitching fees. Before sunrise, you can see the younger members picking up trash at the seaside. They also follow a no-drinking and no-smoking policy to keep the athletes healthy.

This way of life must have worked well for the team because they have made a name in surfing and skimboarding. Sony Boy "Bayogyog" Aporbo has bagged the first prize in Malaysia and Hongkong international skimboarding competitions, making him the most popular and photographed member in the group. If you spend a day or two with the team, you can conclude that his winning stunts and graceful moves deserve the award.

During our conversation with Winston "Alantoy" Plaza, another team member, he said that if he hadn't quit his job at Grand Regal Hotel, he wouldn't have discovered his real potential. Because he chose to follow his heart, he learned to surf, skim, swim, and paddleboard--and excelled in those sports. He came second in the stand-up paddleboard race in Malaysia in 2012. His career shift brought him to places and brought him back home.

I personally think it's the Amihan Surf and Skim Team who gives life to Dahican beach. I'm so happy to see locals playing with the waves.


I'm optimistic that we are going back to Dahican in the future. Perhaps for a week or a month, it would all depend on our work schedule. Hopefully, when I go back, I can muster up my courage to give surfing a try.