June 16, 2013
When the plane from Davao City landed in Manila past 12:00 noon, Dan and I were already starving. We immediately went to the airport's ground floor to catch the free bus ride to Resorts World, where we will meet my high school buddy, Odette. We walked along the carpeted halls a bit, but for every step we take, our stomachs seemed to be screaming for food louder and louder.

I asked the clerk at a chocolate shop where the restaurants are, and she gave us two directions. We chose the closest one, and this decision unexpectedly led us to having Peking duck at Passion Restaurant. 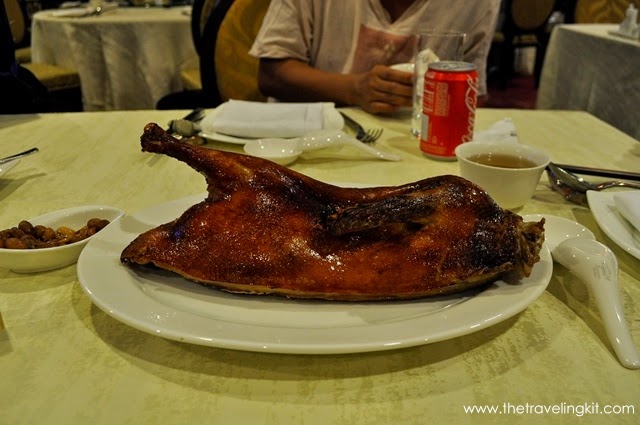 As soon as we stepped into the restaurant, we instantly knew our rugged outfit and bulky, not-so-clean backpacks didn't match the posh, fine-dining ambiance. Perhaps the servers were curious what on earth were we doing at a place dominated by affluent Chinese people. While ALL the other customers were speaking Mandarin, we were proudly conversing in Cebuano dialect. Our demeanor, however, didn't prevent keep the servers from handing the menu to two probinsyanos lost in their haven. Two thumbs up for their customer service! 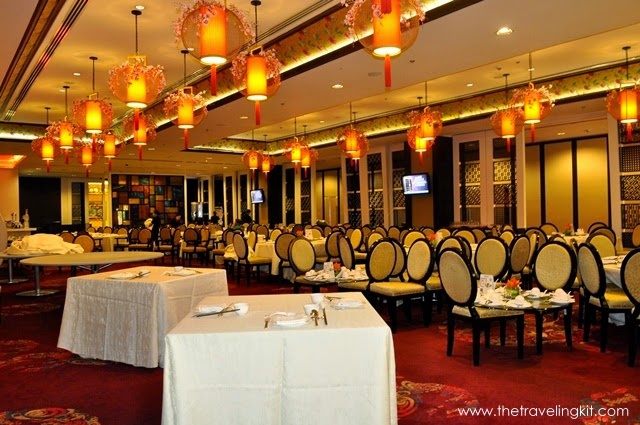 Dan picked our food, and obviously, he ordered Pecking duck, the national dish of China. I've tasted this once in Beijing and so I'm somehow familiar with its serving. In this classy restaurant though, we were asked how we wanted it done. After hearing a few options, we chose the 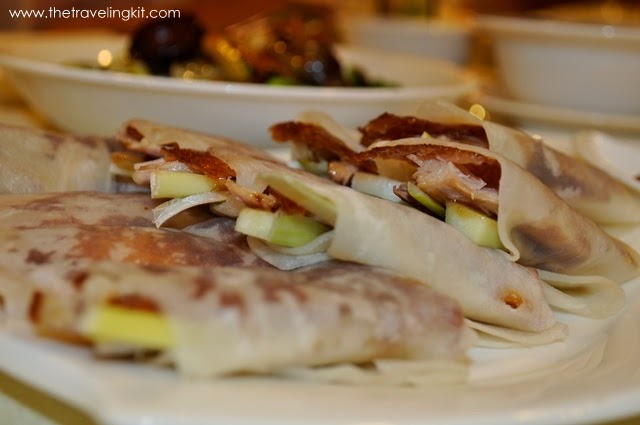 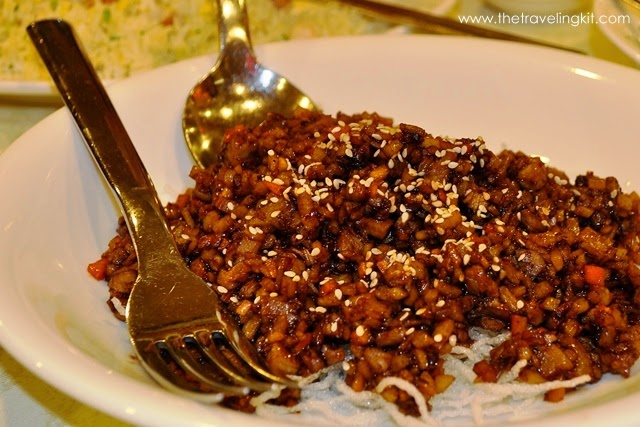 and minced Peking duck mixed with minced veggies and topped with sesame seeds.


Both delectable dishes were prepared after they showed the roasted Peking duck to us. Apart from our main dishes, my partner also ordered fried rice (which was so-so), 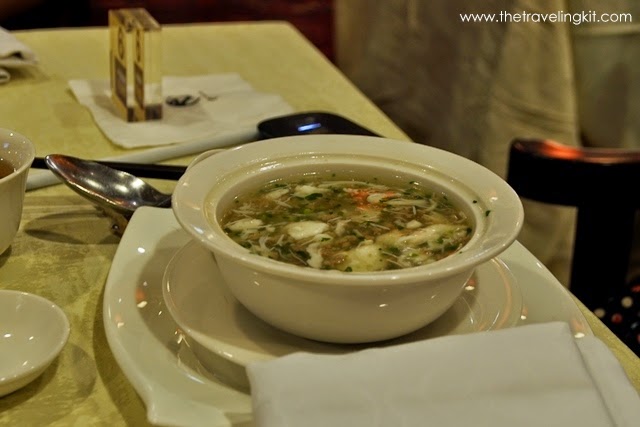 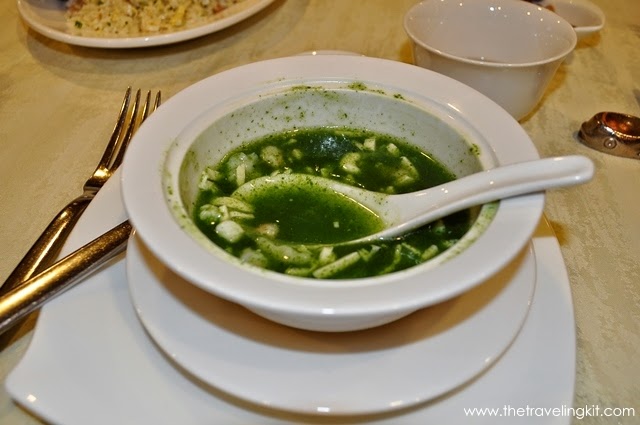 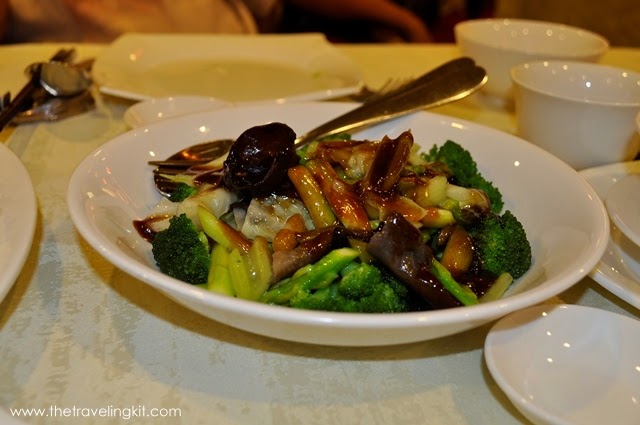 and a plate of vegetables with oyster sauce (which was really, really good!).

We left the restaurant with happily filled stomachs, and with the I'm-going-back-to-this-restaurant-if-I'm-ready-to-loosen-the-purse-strings-again or I-wish-I'll-be-directed-to-this-place-again-when-I'm-famished thought. Until that becomes a reality, we decided to charge it to experience, and to my credit card.

P.S. By the way, if you're trying Peking duck at Passion restaurant, I'd highly recommend that you use their toilet. It's so elegant I can have it as my room (alright, as long as nobody uses it). Odette even took a selfie shot in that nook. 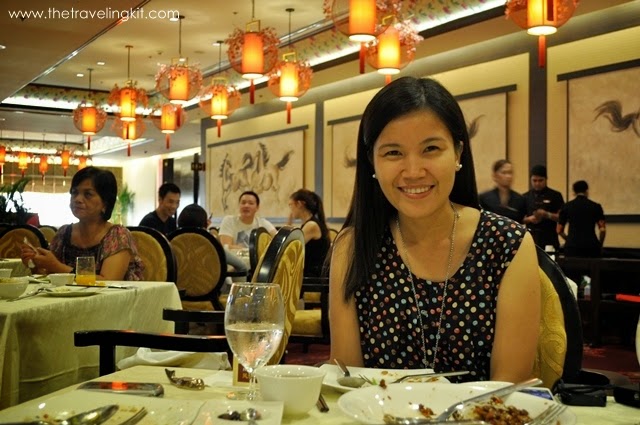 Obviously, this is not the shot I was referring to.

P.P.S. The restaurant has an eat-all-you-can lunch at P750.00. Honestly, we ended up paying more than that per person. Yep, it was expensive but the ambiance, service and lusciousness made it reasonable.