If you favor endless shorelines, Guimaras isn’t the island you should pay a visit to. But if you want to feel how holy it was when Jesus walked at sea one stormy night, then an experience with its blue-green waters is probably the closest you can get. 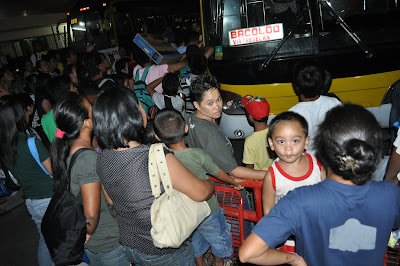 This spur-of-the-moment getaway started with an overnight bus ride from Cebu to Bacolod via Tabuelan. We left at 7:30 p.m. on Holy Wednesday, so we expected passengers to flock and willing to stampede (to say it exaggeratedly) at the bus terminal, longing to get home for religious traditions. Blessed by fate, we were able to push ourselves and get a little space along the aisle. To sum it up, that night was spent nudging other people’s butts and boobs on a standing position less the titillation of foreplay. 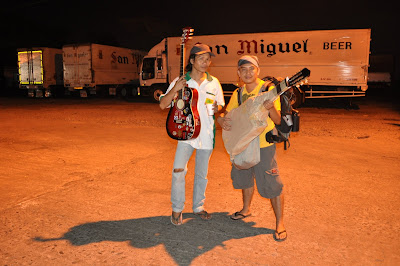 Edmund and Dan at the port

In Bacolod, Edmund met us to get a couple of sticker-decorated guitars Dan brought for Binhi. They had hot coffee at a store while I contented my starving stomach with cup noodles. We then bought fast craft tickets bound for Iloilo. Minutes after our bottoms were glued on our seats, we reached the REM state, to make up for our jaded bodies. Once in a while, I desperately attempted to wake up and stare at the islands along the way but if they were not blurry, they were whirling around so I eventually gave up. 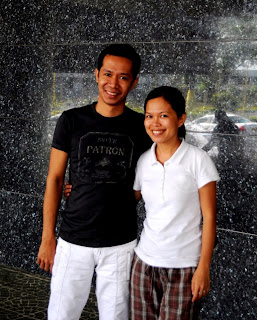 Therefore it is high-time to forgive and forget,


or forget and forgive.


Whichever comes first or is in any case the most convenient.

As this trip was unplanned, we never knew how to get to our destination. So I sent a text message to my geeky fellow blogger who’s based in city. I was so thrilled to see him for the first time as he has sent me a couple of books that were both good reads. After our Chowking breakfast, he assured we had correct tickets, oriented us about the place, gave us packs of yummy butterscotch and sent us off to Guimaras. Our time with him was so short but there’s no need to fret. I just KNOW we will meet in Davao some time. Right, Geek? 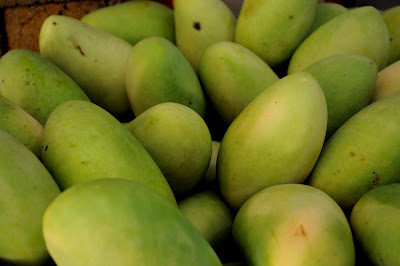 From the Guimaras wharf, we took a jeepney to Sitio Alubihod in Jordan, the community often visited by tourists for its fine white-sand beaches. As expected, many parts of the main highway were guarded with green mango trees. The island is known as a top producer of the national fruit of the country, mangoes. If I couldn’t eat as much seafood as I wanted to because of our limited resources, then I thought a slice of yellow ripe mango would be enough. 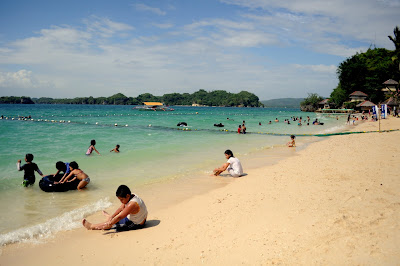 When we arrive at Raymen Beach Resort, the place was jam-packed with families and clusters of friends. Though the island is famous for its Lenten presentation, many Filipinos had taken the opportunity to bond and chill out with their loved ones as Holy Week means four consecutive days without work. The Catholic Church is most likely worried about this getting-popular-practice as a wrong notion of celebrating the passion of Christ. Dan and I might have been in the wrong direction as well but guilt started to wane as we hired a pump boat and went island hopping. 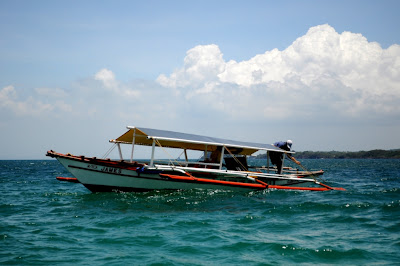 It wasn’t exactly because excitement took over. Oh well, that’s one. The other thing was the seawater hues that awestruck me. Maybe it was because of the perfect weather, the seabed or the depth of the water but staring at the shades of turquoise to teal, I felt His sacredness. Apart from this, for less than 500 pesos, we saw various rock and island formations that didn’t only please our eyes but our very souls. That’s what I like about traveling. It keeps me wondering at the scenery before me. But traveling as an avenue of my spirituality is another story, so I’ll write about it with my “emo” side at another time.

What frustrated me a bit was the boatmen were not as accommodating as those in Palawan. So with the language barrier and my memory loss problem, I end up forgetting some details. Anyway, we stopped at two rescue centers of marine turtles (pawikan). 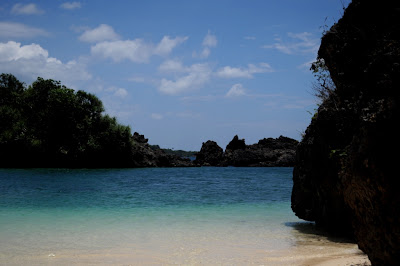 We also stopped at an island called “Ave Maria”. It was ideal for swimming with its sugary-textured sand. The non-swimmer Kikit didn’t forget to bring my vest and snorkels. Sadly we didn’t find much fish and colorful corals, unlike what other bloggers have written. Was it because of the oil spill? Where were they hiding? Bummer, I didn’t ask the boatmen.

We also stopped at a cave. It wasn’t that huge but still you can see its stalagmites and stalactites. You have to watch where you’re standing. It’s safer to step on rocks as some parts of the cave are deep. When we went there, there was also a sea snake. I didn’t see it but when Dan told me, I climbed back to our boat instantly. Whew! 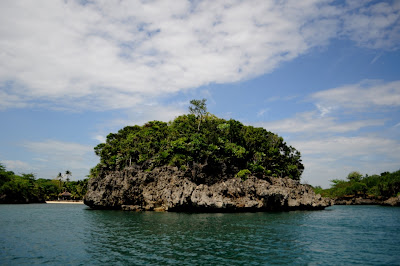 Then we spent the rest of the trip watching islands. We passed by some private ones, far better (and more expensive) than Raymen. Staying at Isla Naburot was our main target because of its peaceful ambiance and excellent food. We didn’t get an answer from our query so fortunately, our pockets were spared from paying the bill. We still love to check it out, though.

After the island hopping, we swam and waited for the sunset at the shoreline. Too bad the clouds covered the setting sun. Nevertheless, it was magnificent. 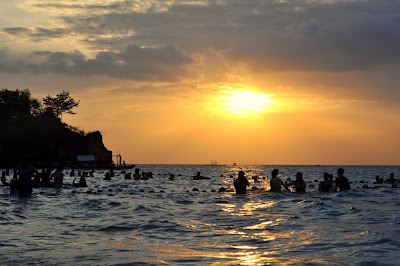 At the end of the day, even as mighty as you


get tired of peering at the aqua-green waters,


Slowly you vanish from everyone's sight at dusk,


spilling colors of orange and golden yellow in the sky,
making that setting a moment
not dazzling but mesmerizing,
not blinding but revealing.
In the splendor of your surrender, I find beauty.

At the Trappist Abbey


The next day, we dropped by at Trappist Abbey Monastery, the dwelling of Cistercian monks. The shade of the trees made the place cozy and comfy. As they devote their life into prayer and work, you can see a church where daily masses are held at 6:00 a.m. and a shop where they sell goods to visitors from their own factory. It has also a guesthouse for people in retreats. 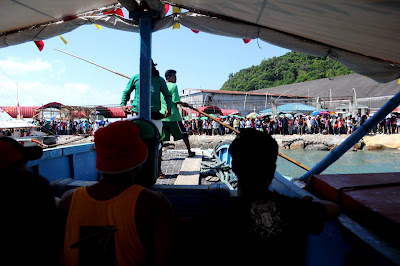 We went back to Iloilo on a very busy Good Friday at the ferry boat terminal. It was worse than our bus ride. Good thing was there were plenty of ferries for the waiting passengers.