The Blast in Hiroshima's Past

"My father told me Japan would lose in the war, and I felt he was more credible than the national newspapers. I shared this truth to my buddies when we met at a river for a dip but I only got bullied. They thrust my head into the water for a few minutes, angered at the thought of possible defeat. But the whole time they did this to me, I couldn't care less about my last breath. I only tried to answer my own question, "What would happen to Japan in the future?" 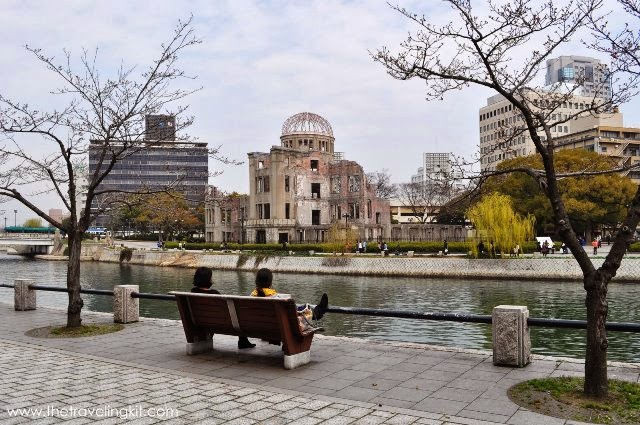 65 years after the "Little Boy" atomic bomb was dropped over Hiroshima, I could answer the question of my colleague's father, a Japanese man in his late seventies who had his share of depressing war memories. Japan horribly suffered from that wrathful blast on a bright summer day in 1945, but during my trip to Hiroshima with my sister, I couldn't see any trace of it except for the well-preserved Atomic Bomb Dome standing strongly by the river. Though the bomb exploded meters above it, the used-to-be Product Exhibition Hall of the city is the only edifice that serves as the living remnant of the war.

Yeah, I could affirm that Japan has economically moved on from that horrifying past. 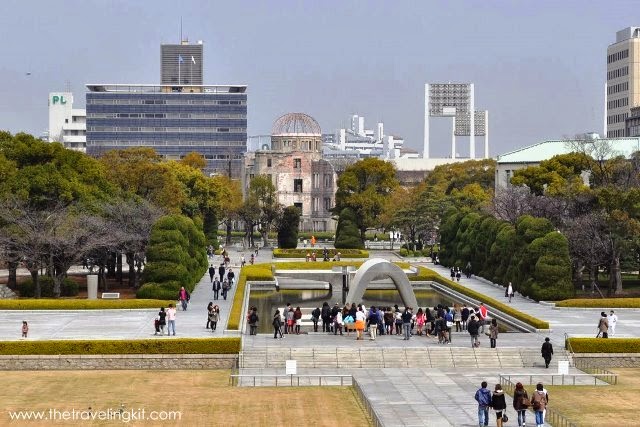 Epitaph of all victims at Peace Park

My boyfriend said it's crazy to think that the Peace Park that was once burned into ashes is now a major tourist spot that has a WiFi internet connection. He was right. Can you imagine this place brushed only with shades of black and gray after the explosion? Can you imagine thirsty people walking limply because their bodies were burned with the 5000-degree heat brought by the bomb? Can you imagine the river filled with floating corpses and debris? A visit at the Hiroshima Peace Memorial Museum will give you a glimpse of the history, but you'll surely feel a punch or at least a pinch as you go through facts, stories, pictures and other dreadful remainders. 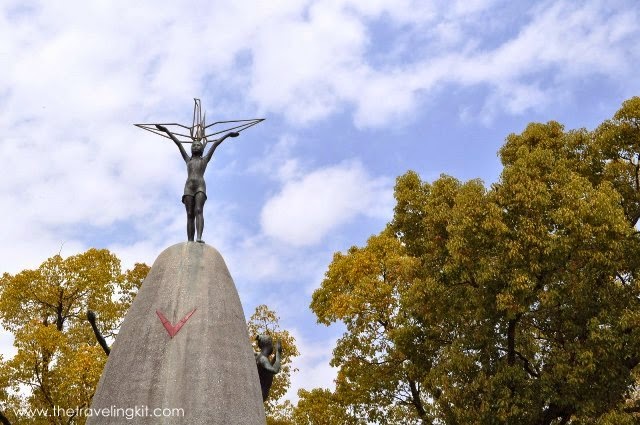 Before I headed to Hiroshima, I only knew the sad story of Sadako, the girl who had leukemia at the age of 12 because of the radiation effects of the bomb. She folded a thousand cranes, hoping she would be cured and would be the last victim to suffer from this madness. But in the museum, when I read the other stories, I came to realize she was luckier because she could live a little longer. Some kids were unable to bear the heat and just dropped dead. 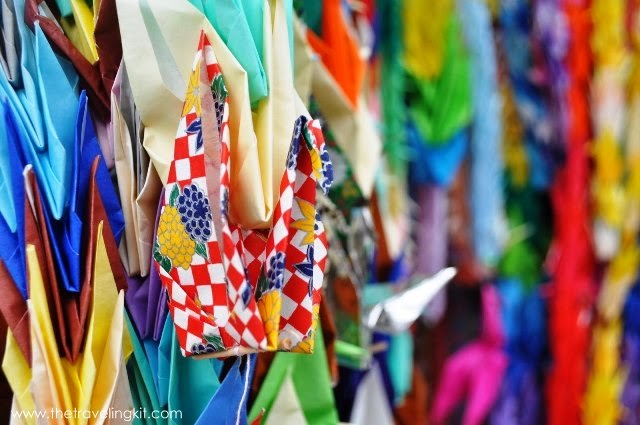 Colorful paper cranes from different parts of the world

If I could meet the father of my colleague again, I would congratulate him for his nationalism. He and the other war survivors have not only withstand the anguish, the impoverishment and defeat, but have worked long and hard to make their nation very peaceful and safe. They didn't cage themselves in the nightmares of the past. They held out for the children of the children of their children.

And expats as well.