The Belltower of Bacarra, Ilocos Norte 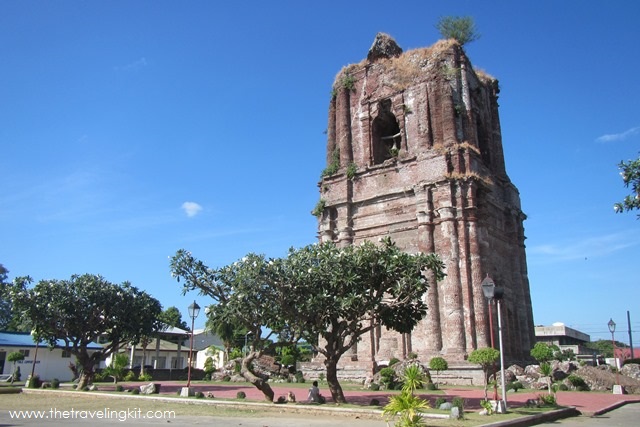 Bacarra, the town north of Laoag, is famous for its well-preserved belltower beside St. Andrew's Parish. According to what I've learned in Museo de Bacarra, it was constructed in 1828 by Fr. Bergier, an Augustinian missionary. It was originally a three-storey tower made of coral bricks with a dome on top. The bell on the second storey rang joyously during happy occasions and heavily when a mournful event struck the community. 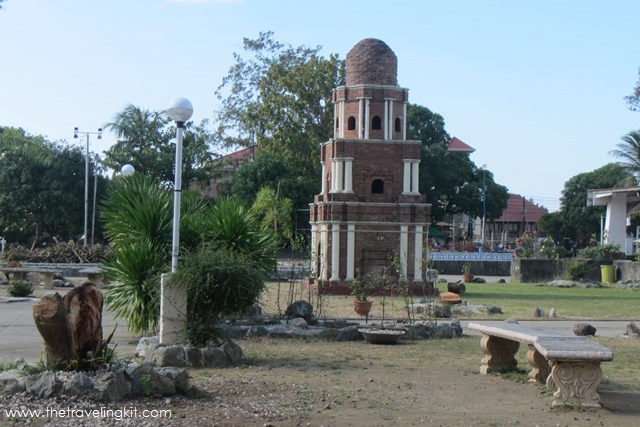 This is the replica of the belltower in the town park.
You can easily spot it when you get off in front of the church.
In 1931, an earthquake crumbled the belfry's dome and its weight crashed on the second storey, causing its skewed position. For a long time, in that position, onlookers still looked at the charming structure with awe. In fact, since then it has been labelled as "The Bowing Belltower of Baccara." Yes, we've got something like the Leaning Tower of Pisa. 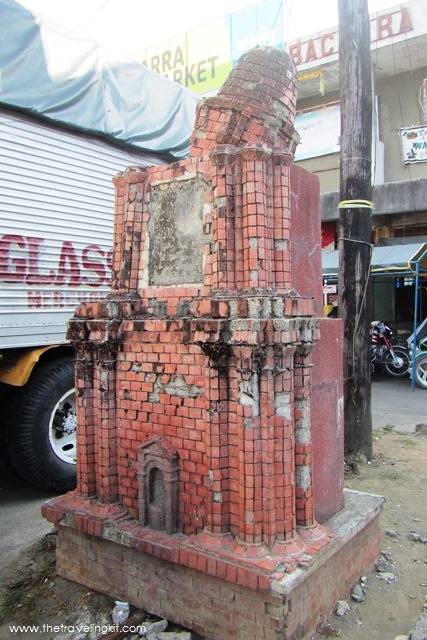 Unexpectedly, we found the replica of the bowing tower at the public market.
Three more earthquakes hit Bacarra in 1971, 1981 and 1983, and the upper part of the historic belfry sadly fell to the ground in pieces. Though in shambles, former President Marcos declared it as a national cultural treasure in 1973. If you visit it and take a closer look at its ruins, you will be amazed at how it withstood a number of harsh calamities for almost two centuries. Bacarrenos think it symbolizes resilience and living faith despite tough times. 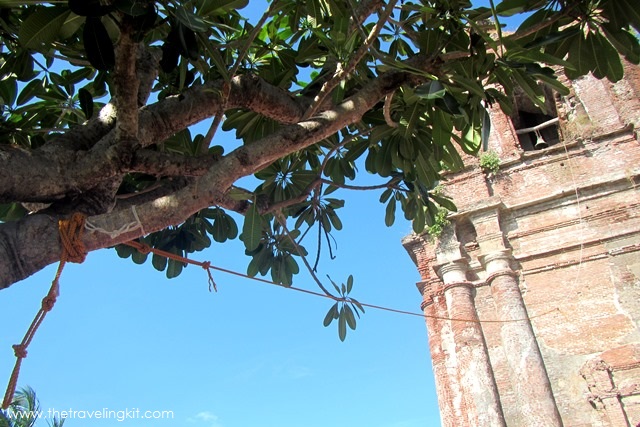 Currently, the bell is still being rung every time a mass is held in the parish. It's also home to some green grass and pretty birds.