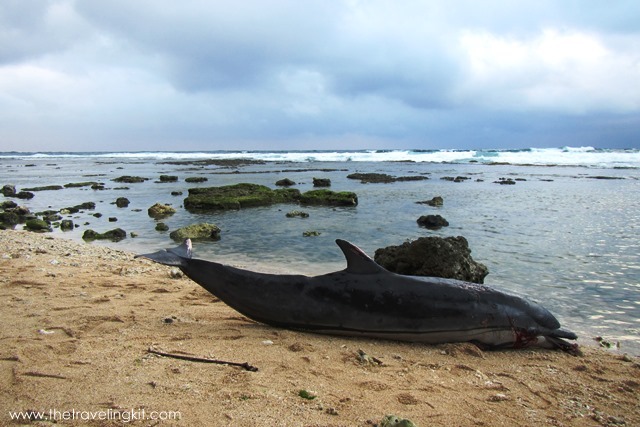 "There's a dolphin found at the beach. Go there and take a souvenir picture of it," the owner of the room we rented for a couple of days in Blue Lagoon, Brgy. Balaoi, Pagudpud told me. I was about to ask for two cups of hot water for our morning coffee last Tuesday (Feb 4th), but when he informed me about the incident, I had to neglect my famish. Something came up, and it was more important. Or perhaps more intriguing. 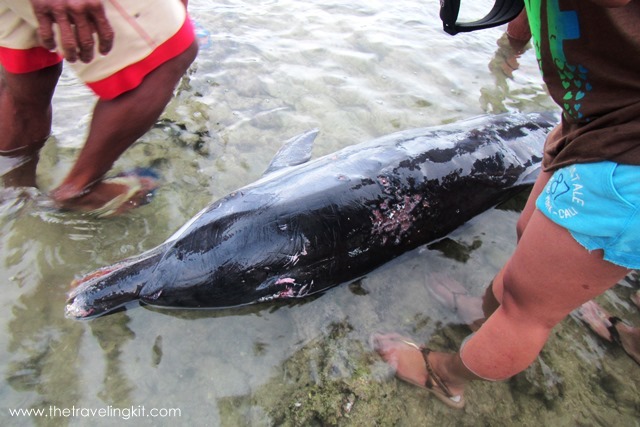 Of course, dolphins don't bum happily on the beach, so as you suspected, this mammal's already lifeless. When we got there, it was lying on small sharp rocks, hit by the subsiding waves, its bloody mouth open as if it was shouting, "Please give me a decent burial under the sea." 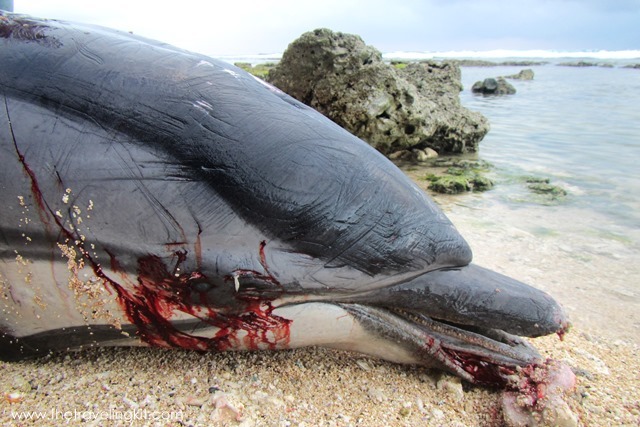 Locals as well as guests on vacation in the scenic community paid the dead swimming creature a short visit, all curious yet sad like us. A couple of men carried the 5-feet long, 100-kilo heavy animal to the shore for us to be able to take a closer look at it. After examining its deep cuts and bumps, some said it must have been dead for a few days. Tiny crabs had started to feast on its open wounds. The tip of its fin had been scratched so severly its white flesh was already exposed. 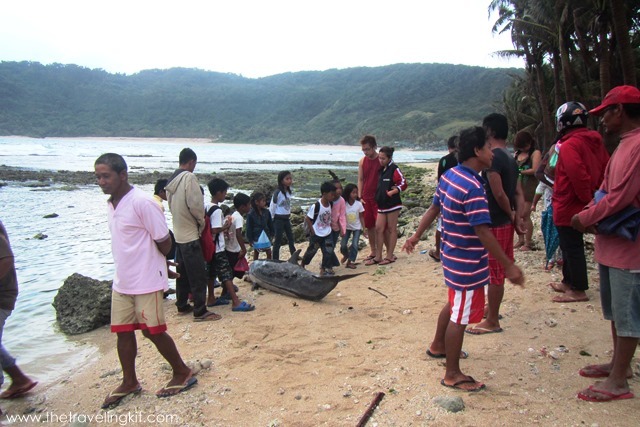 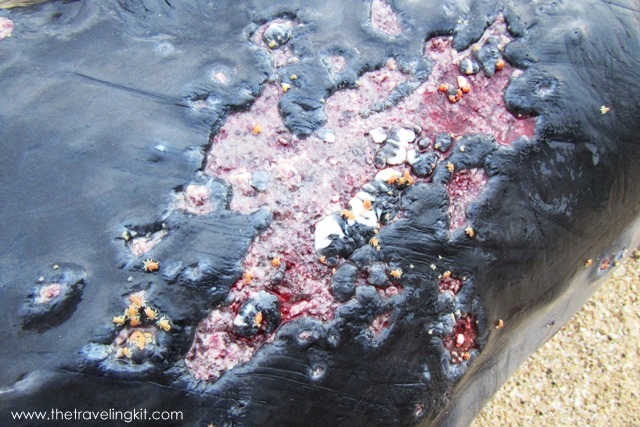 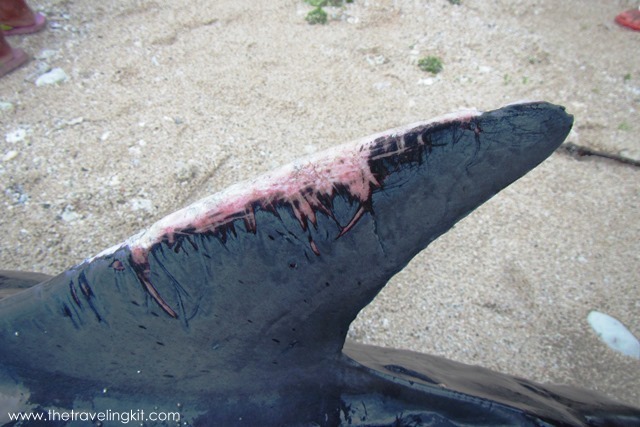 I felt so sorry for the dolphin.

Nobody knew the cause of its death. It probably escaped from a predator, or was hurt and chased by men, or acquired a type of fish infection, or gulped a lot of trash. The locals just said they would report the incident to the DENR. They had no plans of butchering the dead body for food as it's strictly prohibited by the government.

"Do you often find dead dolphins here?" I asked one of the men.

"Rarely. But a lot of them can be seen out there," he referred to the jumping and playing dolphins at South China Sea. 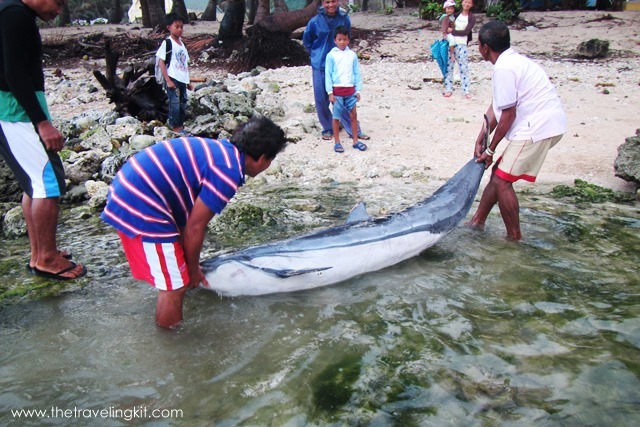 I didn't think I would be able to see any the energetic ones during our stay in Blue Lagoon. I had no plans of joining fishermen in the open sea, either. And so I took a number of photos of one of the most intelligent and self-trained mammals in the world as a memento of whatever great life it may have.

I touched his soft body and said, "Rest in peace, diver."